How are you going on? 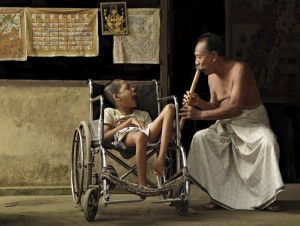 Of wanton careless chatter
or profound philosophy
there’s nought to beat a natter
or a yarn or two,or three

Go on and get it off your chest
or bare your very soul
a little chat will banish stress
and repair your spirit, whole.

A matter of taste

Our ones often laugh at me. My tastes are, apparently, esoteric. Correct and right, I agree. Esoteric is a word to which I ascribe, quite arbitrarily, the feminine gender. I can remember the moment when we first met and what she was wearing  at the time. I fell in love instantly. She has some gorgeous sisters, and I may,in due course, if the mood takes me, after I cut my nails, introduce you.

She was hanging about the debating hall doorway in the students union, a doorway which stands, conveniently, adjacent to the union bar. Rather scantily attired too. She indicated no intention of making herself known to me. Shyly, (I always feel shy when I feel real affection. When I don’t care, I don’t give a damn) I pushed past her in time to witness a fantastic occurrence.

A tall blonde chap rose up and addressed the speaker from the back of the hall with the words, “You overwashed public effing schoolboy! When the red revolution comes I will save a bullet for you…” He continued his tirade until, realizing that his pint glass was empty, and bristling with chagrin, (justifiably so in my view for there are few predicaments more irritant than the stewardship of an empty beer glass), he made a glorious exit, straight across the foyer to the bar, to which he administered a severe thumping while demanding “four pints of wallop and be damn quick about it!”

He went on, you’ll not be surprised to hear, to pursue a successful career in television and unbeknownst to himself,has borne with him all this time, some of my esteem. No mean feat, for it is frequently withheld.

Returning then to another, more ephemeral recipient of that same esteem, Miss Esoteric (I am tempted to add an ‘a’ to embellish her attractiveness and emphasize her gender. Oh, those dimples!) I was absolutely delighted to discover as I came to know her better, that she was known only to very few, had unusual taste, and, happily, reciprocated my affections. More about her sisters, Panache and Beatrice, anon. 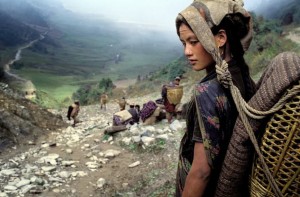 Down that long and lovely

That lies alongside time

Attend and stretch and mime

The desire of wonder’s yearnings

What meaning is and sense is

And warmth I may decline.

If it suits me I will wear it

And never pay no mind

To other noise and fretting

Which assails your heart and mine

And in some lonesome valley

With humming bee and swine

There I will disport myself

With honeyed milk and wine

And this that’s now about me

Will lie aghast, behind,

In a place untrod by Shakespeare,
In upper Attical,
There dwelt a man more vaunted,
Than anyone, atall.
And rightly so I tender,
And perhaps you will agree,
As time betrays his passing,
And wipes out memory.

There lived no one his equal,
In art, to coin a phrase,
He was quoted across the pigeon rock,
And even down the braes.
“The widow was so neat” he’d say,
The ferguson was too,
If only our young Eddie,
Would put the brute in two.

From Spelga Dam to the Windy Gap,
On down by Aughrim hill,
The legends of his exploits,
Recounted, echo still.
The cha cha cha of his quick step,
As he blithely swept by,
Was as pleasing as a muscle,
On a pretty woman’s thigh.

And a wink from him would lift your heart,
Like a nod from Christ himself,
And if we should meet again, boy,
We’ll lighten the top shelf!
If you want to add a verse on,
It’s easy, feel free,
It’s simple like the quick step,
You just go one, two, three.

Like, Brian,if you’re up there
Call the lofty choir to sing
Command the bar stay open
And we’ll make the rafters ring.
Or,you’d meet someone far from home
About Vancouver,or in Japan
They’d ask:’Did you know of Brine Varry?
Wasn’t he some kind of man?’.

He would appear in the doorway of Attical Club of a Sunday Night. Dapper, fashionably late and when the appropriate hush appertained, he’d tap his tanned leather boot on the floor and announce “the widow, she was neat!” Cue laughter. All’s right with the world.

Away for a burl,
Let the drink flow,
On with the show,
Put her in two,
Here’s good luck to you,
Yee ha! Hallelujah!
Conversation. Hubbub.

A nod and a wink,
A shine to your wife,
Boys this is the life!

More quotable quotes than the bard himself, and more fondly recalled.
Someone inquired whereabouts in Canada was “the nephew?” Retort. ”On the left, just as ye go in.”

Did he look like Lee Marvin – or was it Anthony Quinn? That light in the eye, the lop-sided grin.

All gone now. The stage is quiet, the doorway cold. The flock scattered, the land is sold. But there was some craic in Attical.

“When was that, Brian?”
“Ah, just before Cocaine.”

Here’s to you Brian, and Eddie too. These are my mountains!

Then up spoke he so civil
I could scarce believe my ears
It’s not your time just yet, my boy
You can wipe away them tears

For since that brief encounter
It’s crystal clear to me
The way things always have been
Are now, and will forever, be 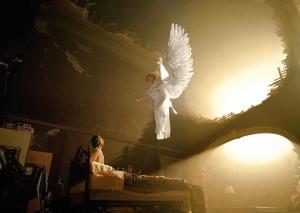