The worst thing about evil is it loves itself. And yes, it’s banal.

Bey-nal as the yanks pronounce it.But more to the point

her straight in the face.God,I’d love to have met her and

see how she’d handle  a few Jamesons  with ice.In Rostrevor,

Digression incidentally, is like the fairy glen.Beautiful, because you

get to the end of it.It’s that wonderful   feeling,what’s this

you call it?-I keep forgetting things I used to know in a

Anticipation is never depressed.If only you could bottle

it,sure like fresh water, you could describe it advantageously

and flog it all over.I bet the Chinese would lap it up.And

wouldn’t it brighten the horizon?.Capitalisim can be a good

But that lovely Jewess was at a disadvantage.She was a reporter.

the Luftwaffe in his fancy garb,a real diva who told the bombers

when the war would be won,and Hitler in Piccadilly.

Evil is something that can be imagined only by those

.Rebecca West,  with a mind of Shakesperian power and scope

confessed herself bewildered by the German psyche.

Anne Frank.She could speak of it, and did.

Any obvious Catholic stranded up the Shankill or maybe

when suffering emanates It keeps company with no-one.

It is always lonely,hungry and must eventually turn upon itself and fall apart.

I’ve run across it once or twice in my travels and it’s not nice.

..Bad upbringing I put it down to,because,it’s hard to think

of anything else, that would explain it.

And for a while after it you don’t feel any anticipation.

You’d nearly rather be gone te fuck out of it,altogether.

But you can’t let the bastards win,can you?.Even if you

The dog,a lovely savage Rhodesian just wandered  in and laid his chin

on me knee.For a minute there I thought he loved me but he was only after

me sandwich.And the pup is eatin’ me trousers.I’ll have to

I nearly forgot.There is one thing I didn’t want to mention

But I suppose I have to.Evil has another quality.It knows all about

disguise.It could be right beside you and you’d never guess

and it can sit tight,watching and waiting.And it never goes away.

Some things you never forget.And you shouldn’t.

And  the beautiful Jewess was Hannah Arendt. 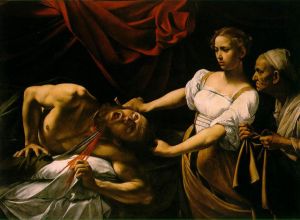 Being not a woman
I do not understand
Why should a woman
Marry any man?
Why collude in servitude
To a superficial fool
Whose noblest art
Is to eye some tart
Disgustingly,and drool?

And then,ye Gods! his needs,
Some perversion,some menage
When a woman would proceed
On the promenade or plage
Savour french fromage
Contemplate decolletage
Not feigning convulsion
Disguising revulsion
To appease a man’s ‘equipage’

Why should a woman
Entertain a man?
Would it be so wild
To procure a child
In a pristine laboratory
Disdaining his ravage
Plus collateral damage
To flatter a savage
Lately down off a tree,
A hangover from history.

Tut-Tut,you say
That is no way
To malign your better half.
The truth be told
He’s as good as gold
Sometimes,he’s good for a laugh.
If he gets any worse
One may have recourse
To assist his demise in the bath.

Where then, your little deceptions
Your myriad devious ways
Your furtive narcotic confections
Intrigues, potions and feys.
When behind the throne with bangled claw
You did instigate and scheme the laws
By which the world is run
Pulling the strings,surreptitiously,
Ah! So much delicious fun.

But now the women of history
Throw down a gauntlet to you
Lucretia,Judit,Salome
Clytemnestra, Angelou
Who needs a man
To carry the can
When there’s Sappho
And Amazon too
Paddle your own canoe
If he can, so can you
Grant Holofernes his due
The girl is a goddess,the man is an ingénue. 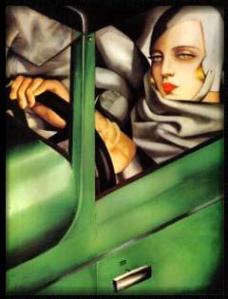 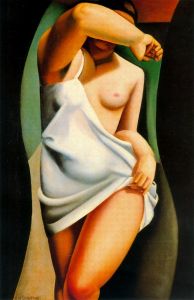 unlike a man style is quite essential.