A bottle of poteen appeared beside Keohane,who could fathom all about a job or a man with a sideways glance.Mondays were not good for him and he was, I feared,beginning to slip.The finer the man the sooner he is undone by slight deficiencies in the promise of hope or expectation.Calamity he can withstand but the dull ache of emptiness destroys him, inexorably.Sometimes,even the love of a good woman cannot repel disaster.When he cast his eye across me I knew he had lost the fight today and would be heading for Basher’s.” Take James and send him back after,”says I.

About noon the police came on to the job and arrested a Scotsman who had killed his wife over the weekend.He came on into work anyway.He was bereft and knew not what else to do .His was no cold heart and he had no history of violence.A bit of the Dane in him, maybe.I had been slightly acquainted with him and had seen his wife once,a fine handsome girl.They found her in a field of ripening barley nearby,in the evening. I heard later she had given her love away, to someone else. Tennessee Williams once said that the greatest difference in people, he found, was between those who found love in the world and the rest, who did not. But he never rode in a Ford Transit Rolls Royce or worked with Joe the Bear. Still, like me, he loved,but could make neither head nor tail of Hart Crane. Sure , isn’t a glimpse now and then enough to be going on with. 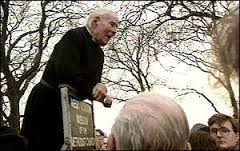 When I was young and handsome in lonely London town.
For solace of my spirit to Hyde Park I’d go down.
And there at Speaker’s Corner  free speech was in full flow.
And a hungry soul might  hop aboard and let the sadness go.
The issues, they were high and fine,  Immigration, Ban the bomb,
Apartheid, Euthanasia, Bangladesh, Strontium.
And any man who owned a box and spoke the English tongue
Could build a castle in the air and converse with everyone.
The first one to fill my eye was a giant Irishman
He had found religion, all evil could withstand
His God , not a tailor, could not understand
How such a very  small coat fit so big a man
And if Benny, the heckler, would try to raise the sneer
“Now Benny that’s enough from you – I’ll come down and clip your ear!”
Eschewing valour for discretion, Benny would lope away,
A hyena on the prowl, for a more enlightened prey.
The next was an Englishman, he liked to stir it up.”When in Rome be Roman, and do as Romans do,
or else get out of England, go back to Timbuktu.”
And he could handle Benny if he tried to open up,
“I’ll use your wiry hair, boy, as a scrubber for my cup.”
And with the sunlight now cascading,
Its blessing through the air,
From China, the Indies, Africa, tourists came to stare
To wonder and to marvel at freedom’s  bosom  bare.
The cameras clicked on incident and high and low debate,
And no blood spilt – t’was holy, this side of heaven’s gate.
And to cap it all Lord Soper, a man both good and true,
His mind filled with a pure white light, and a sense of humour too.
He would first rephrase your question more articulate, more refined,
Than answer it succinctly both rigorous and kind,
And smiling down benignly on inferior intellects,
Yet according always, evenly, to each his  due respect.
And Benny would never fence with him, engage his repartee,
He had seen too many pretenders fall to the Lord’s epee.
Myself I never listened close to Soper’s true attest,
I never knew  spoon feeding compare to a mother’s breast.
And belong to a Celtic breed that don’t acknowledge sin,
And  naturally run  contrary, are wefted hard agin.
But I loved those hazy afternoons, melancholy eased  to joy,
When  reverie rekindled the innocence of a boy.
And the times at Hyde Park corner when I wandered there to seek
What a lonely soul hungers for and the strength for another week. 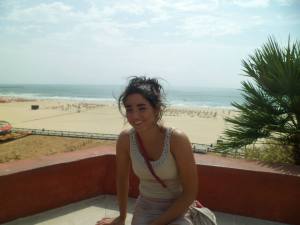 The Greeks they launched a thousand ships
To bring Helen back to shore
If she had been a patch on Ruth
They’d have sent a thousand more.
And the Trojans would have left the horse
Outside the walls of Troy
And kept Ruth hidden in their hearts
And disguised her as a boy.
Then stole her away to Egypt
In some fragrant caravan
And built for her a pyrmaid
While she burnished off her tan.
Cleopatra would have sulked and stormed
And berated Anthony
“Who is this sphinxy beauty
She dare invade my territory?”
And as she shimmered in the desert
Like Salome’s silky veil
The Greeks, now all crestfallen
Turn for Athens and set sail.
Ah, then would Heaven heave a sigh
Of cherish and release
And Ruth  recline across the sky
A goddess, at her ease.